In the year of the 100th club anniversary, SV Häger can welcome a new strong partner on its side:

After the artificial grass field of the "small" HSV, known as Oberwelland-Park since its construction in 2012, the company RAVENOL from Werther takes over the naming rights for the next three years. From now on, the Oberwelland-Park will become the RAVENOL-Arena.

“In addition to the new club house, this is another milestone for us. We are very pleased that an internationally known company like RAVENOL, is expressing its devotion for its homeland and supporting us in the future, ”says Georg Heeren. At the same time, Häger's association chairman thanks the Oberwelland family and the Werther furniture manufacturer for their almost decade-long commitment as namesake of the sports facility. The manufacturer of high-quality seating furniture will remain connected to the association and, as in previous years, will continue to support it in other areas.

Just like SV Häger, founded in 1921, the lubricants company Ravensberger Schmierstoffvertrieb GmbH, which exist since 1946, stands for continuity and reliability. The Wertheran oil experts have been developing, producing and marketing high-quality lubricants under the RAVENOL brand for 75 years.

“I am pleased to welcome SV Häger as a new partner from our inmediate neighborhood. With giving a new name of RAVENOL-Arena we hope to further strengthen our local roots and to support the East Westphalian popular sport even more ”, says Paul Becher (since 2005 managing director at RAVENOL). As a technical partner of various racing teams, such as the Formula 1 team Aston Martin (Aston Martin Cognizant Formula One Team) with Sebastian Vettel at the wheel, the East Westphalian company also presents its brand to the Fohlen-Elf from the Lower Rhine (Borussia Mönchengladbach). 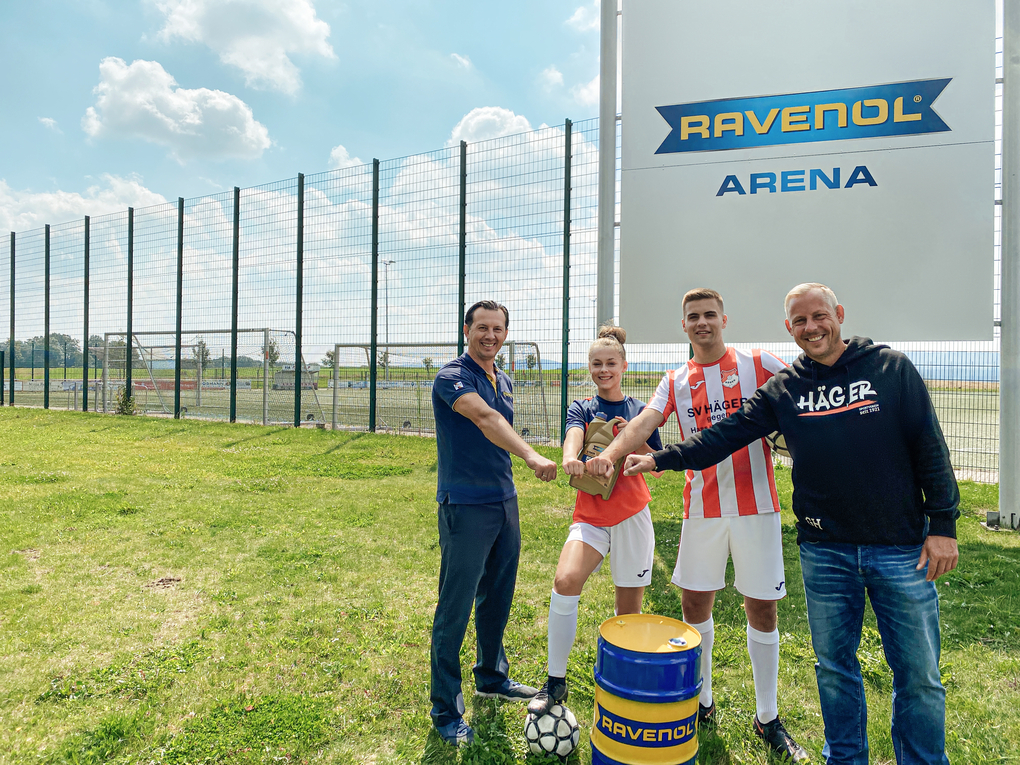 DTM Zolder: Rosberg-Team with the fifth DTM victory in a row?
TV-relevant presence in BORUSSIA-PARK