RAVENOL Motorsport: On the way to the 2022 RALLY DAKAR

In a little more than a month one of the most popular racing events in the world will start - we are talking about the RALLY DAKAR. With the RAVENOL Motorsport / Walcher Racing Team (#265) another German team will plunge into the Dakar Rally adventure. The 44th edition is scheduled for the beginning of January 2022, from 02.01-14.01.

Desert, sandstorms, unbearable heat and sometimes inhuman conditions - "hell on earth and paradise at the same time" is how many Dakar Rally participants describe it. From this year onwards, the Dakar Rally will get a world championship status for the first time. Alongside Formula 1, WEC, WRX, Formula E and the World Karting Championship, the legendary cross-country race is one of seven FIA World Championships.

Marketing Manager Dimitri Barichnowski: "The appearance as RAVENOL Motorsport / Walcher Racing Team at the Dakar Rally clearly shows the high significance that the most important desert rally in the world has for us - it is an important part of product development. Our high-performance lubricants will be used in the respective power units under extreme conditions, such as those found in the Saudi Arabian desert, and will be thoroughly tested. We have deliberately opted for a very eye-catching, modern design in the company's own colours; nevertheless, the traditional colours of Team Walcher Racing are still present."

Markus Walcher (driver) is looking forward to the upcoming Dakar Rally: "Our fingers are already tingling. Together with our new oil partner RAVENOL, we are very happy to reach another milestone in our long Dakar Rally history. The RAVENOL brand is recognised worldwide for premium products based on many years of motorsport expertise and meticulous work on innovative and contemporary lubricants. We had already been able to extensively test RAVENOL Racing Oil and other operating fluids over several 1,000 kilometres in extreme conditions during several performance tests as well as at the Baja Poland and the Rally du Maroc, and our experiences have proved consistently positive."

Senior boss Gerhard Walcher on the importance of the Dakar Rally for him: "It's clearly all about survival - in other words, about getting there," smiles the experienced Dakar Rally driver and adds: "Team spirit, performance, endurance and also an element of luck. These are the essential building blocks for success."

The 1980s saw the beginnings of the Walcher Racing Team in the Paris-Dakar Rally:

The history of the Walcher Racing Team in the Dakar Rally goes back to the 1980s. From 1985 - 1988, team boss Gerhard Walcher competed with self-built motorbike teams.  "Many books could be written based on our experiences at that time," he says as he recalls with a smile. In the pioneering days of the event, the focus was still on navigation and adventure, while in the following years the event has become more and more professional. Between 2004 and 2011, a total of 4 more participations in trucks followed, before in 2018 and 2020 his son Markus took to the starting line for his first two "Dakars" in a car.

Several years of development work have gone into the Nissan Navara T1 V8 RACE CAR, which makes the vehicle particularly suitable for the toughest cross-country races.

It is based on a trellis frame specially made for the tough conditions of rallying, coupled with components of the highest quality, such as the 5.6-litre V8 engine from Nissan's in-house motorsport department, or the sequential 6-speed gearbox from Sadev, as well as special double shock absorbers from Reiger. The vehicle was built by the South African rally experts "Red-Lined". 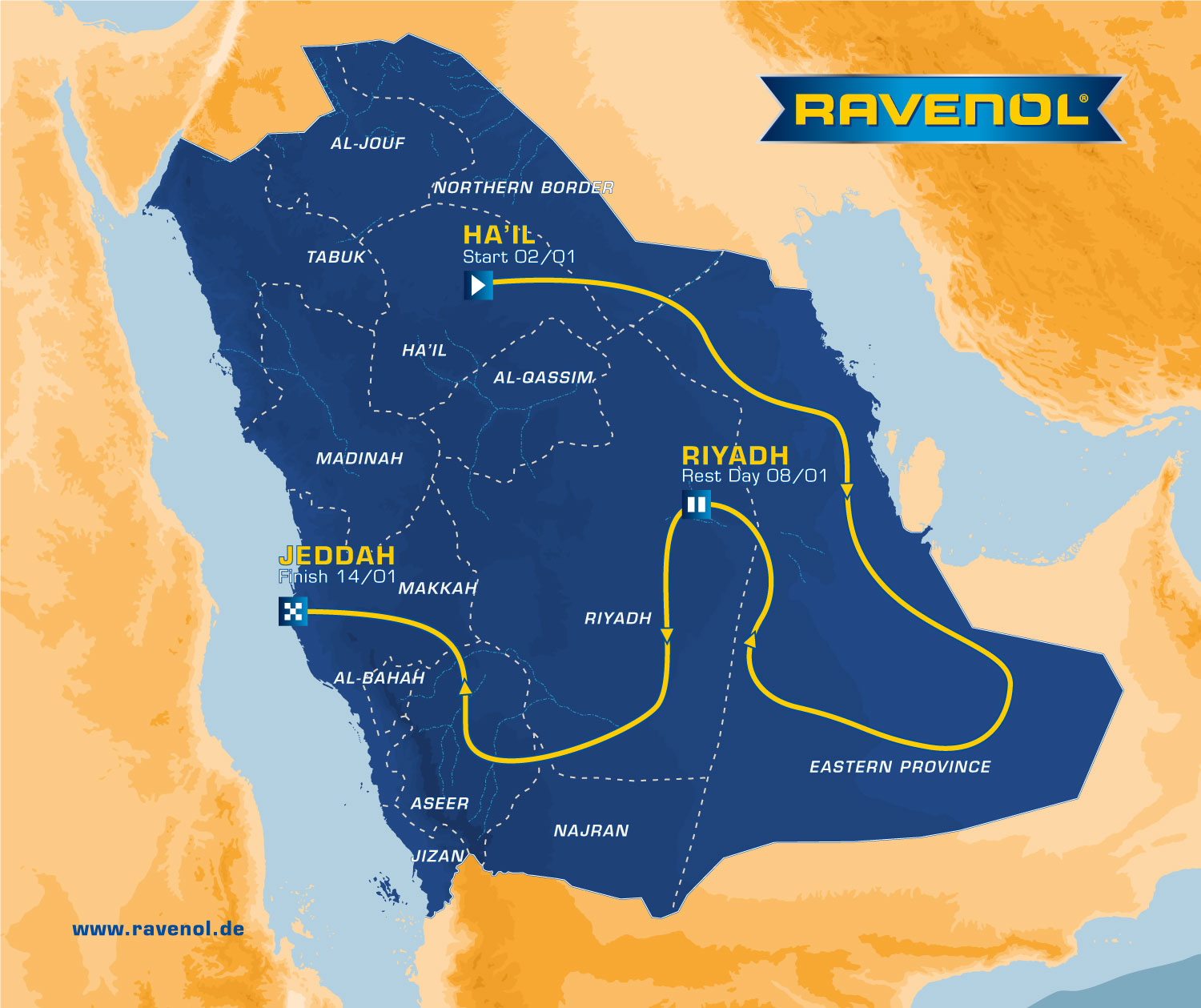 The cross-country race car and the service vehicles will be transported by ship on the long journey to Saudi Arabia at the end of November. Once there, the complete equipment will be transferred from Jeddah to Ha'il, around 900 kilometres away. The participants will start the event on 1 January with the prologue in the desert city of Ha`il, which is considered to be the Nomad capital in the endless desert of Saudi Arabia and is still regarded as an important place of trade and culture. After about 4,000 kilometres of special stages and another 3,000 kilometres of connecting stages, the last section along the Red Sea coast leads to the finish in Jeddah. 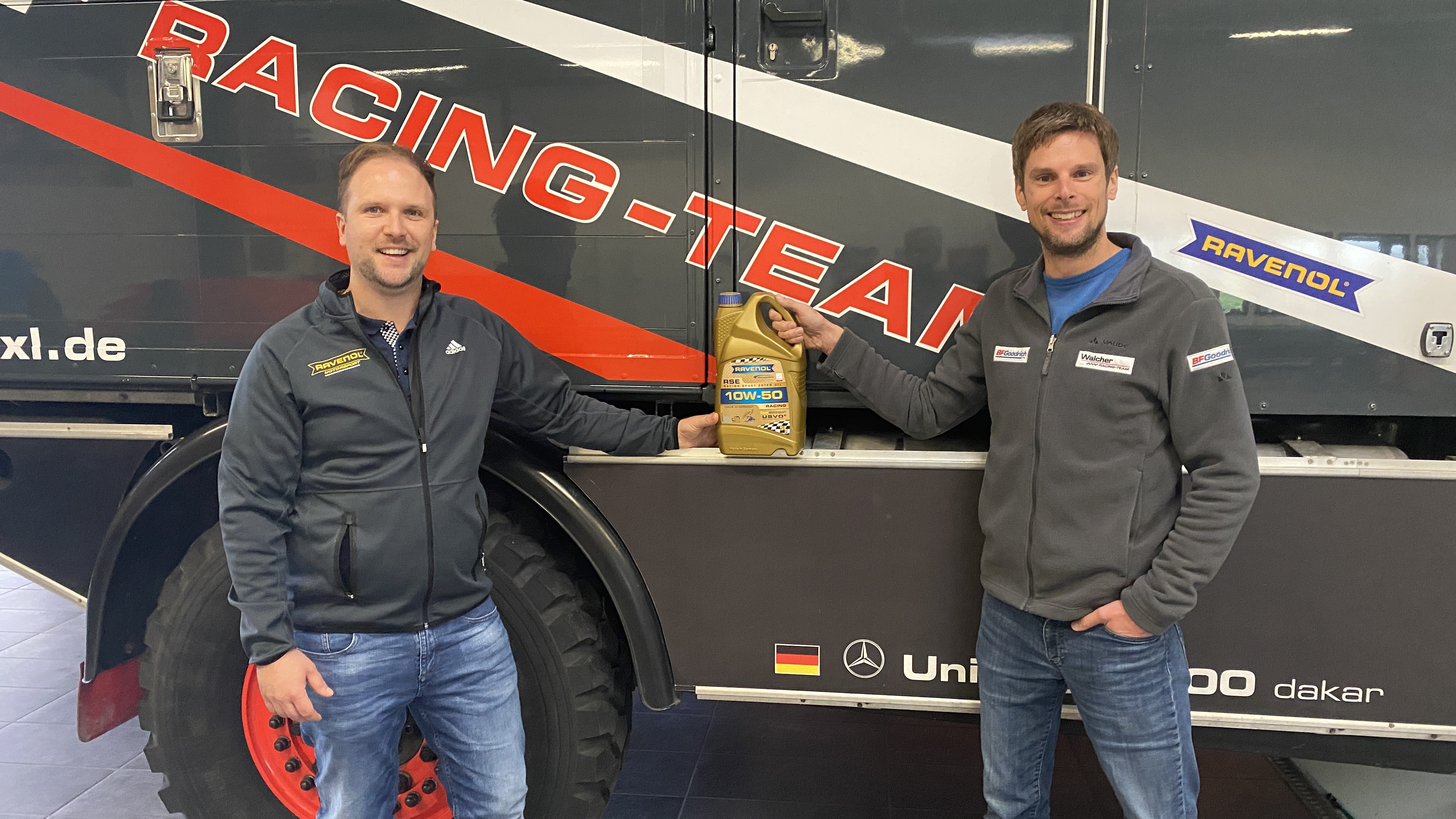 New F4 bolide: This is how the future looks like in junior Formula-Racing
Double Impact MADE IN GERMANY – RaceChip and RAVENOL join forces