Since many decades, now, and with their brand name RAVENOL, the company Ravensberger Schmierstoffvertrieb GmbH has actively been involved in motor racing as technology partner and consultant in many national and international race series with different sporting orientations and in the meantime, the brand has established as constant in the motor racing world.  From karting to Formula 1 - there is no way around RAVENOL!

Since 2014, RAVENOL has been Premium Partner or the tradition-rich German circuit and home of the German F1 Grand Prix, the Hockenheimring Baden-Württemberg. The cooperation comprises – inter alia – the erection of a 13-metre oil can featuring the RAVENOL livery and an F1 label on the start-finish house that also will be decorated by the RAVENOL colours. Furthermore, the RAVENOL can is supposed to highlight the cooperation between the German, Werther based lubricant manufacturer and the SportPesa Racing Point Formula One Team. In addition, turn one – at the end of the home straight – is well-known as RAVENOL Kurve. The Hockenheimring stages – inter alia – the following events: Formula 1, DTM, ADAC GT Masters, Bosch Hockenheim Historic, IDM, International GT Open, Public Race Days, NitrOlympX, Hockenheim Classics, 1000km Hockenheim, Mai-Pokal-Revival, American Fan Fest - NASCAR WES, Porsche Sports Cup, DMV Int. Automobil-Preis von Hockenheim.

The Nürburgring is world-famous and a symbol for tradition, performance and success. Since the 2016 24h race, the GP circuit features RAVENOL-Kurve, right behind the Michael-Schumacher-S. Furthermore, the central place to go for all the media representatives is branded RAVENOL Media Centre. In addition, RAVENOL supplies the Driving Academy, provider of driver trainings and driving adventures at the Nürburgring, with engine, gearbox and hydraulics oils as well as coolants, winter products, greases, additives, cleaners and car-care products. In the Driving Academy showroom at the ring°boulevard you can find information on the single-seater driving adventures or you can register right away for the acquisition of the national A-License according to the DMSB guidelines.

Audi Sport stands for passion, fascinating design and outstanding vehicle technology. Thanks to being Audi Sport Official Customer Supplier, RAVENOL has been provided the possibility to supply the customer sport in GT and endurance racing (Phoenix Racing, Racing One and the likes) as well as makes cups such as Audi Sport TT Cup or Audi Sport Seyffarth Cup with engine oils, for instance the RAVENOL VMP SAE 5W-30 or the RAVENOL RSS SAE 10W-60.

RAVENOL is BMW M Motorsport Customer Racing Official Supplier M4 GT4. The BMW M4 GT4 was a real success story from the very beginning. BMW M Customer Racing works on a technical level in the GT4 segment with Ravensberger Schmierstoffvertrieb GmbH under the brand name RAVENOL. The engine oil RAVENOL RSP SAE 5W-30 and the differential oil RAVENOL Racing Gearoil 75W-140 in the BMW M4 GT4 have been successfully tested and given technical approval. In future, all customer teams will find these products in the vehicle handbooks, and RAVENOL will equip every new BMW M4 GT4 with a starter kit with the corresponding lubricants. The brand logo of the East Westphalian lubricant specialist will also now feature on all delivered vehicles. www.bmw-motorsport.com

Opel Motorsport stands for dynamics, competitive spirit and emotions around the brand with the Opel Blitz – and has done so since 1899! RAVENOL is partner of Opel Motorsport: in rallying and circuit racing, vehicles such as the Opel Astra OPC Cup or the Opel ADAM R2 rely on RAVENOL Racing lubricants. And when it comes to the technical development of the Opel racing cars, the synergies between Opel and RAVENOL also are bundled for optimised, tailor-made solutions in the areas engine, gearbox and hydraulics oils.

The TOYOTA Motorsport GmbH (TMG) that has been based in Cologne Marsdorf since 1979 created a growing customer-sport based business and provides both independent racing drivers and teams with racing cars for the customer sport and racing and rally cars. All the TMG GT86 built by TOYOTA Motorsport GmbH originally are equipped with oil supplied by lubricant experts RAVENOL And the all new Toyota GR Supra GT4 also will come with RAVENOL racing oils.

Mick Schumacher and RAVENOL have been exclusive partners in the lubricant and car-care areas since 2017. A partnership that first of all is made visible by the striking RAVENOL logo on the helmet of Mick Schumacher who already is regarded as one of the most hopeful and skilled up-and-coming German young guns. Currently, the son of F1 legend Michael Schumacher contests his rookie season in Formula 2 after having won the 2018 European Formula 3 Championship. For Mick, RAVENOL represents a well-known brand that already accompanied him in his Formula 4 days as the lubricant partner of the teams Van Amersfoort Racing and Prema. This means that the son of the seven-time F1 World Champion also benefits from the high-performance lubricant manufacturer’s experiences gained of the course of more than seven decades.

With 24 podiums and two championship titles in DTM, Timo Scheider is one of the most successful German racing drivers. The 2008 German motor racer of the year has been cooperating with BMW since 2017. Also from 2017 he has been an integral part of the WRX universe and succeeded in securing the fantastic 10 place in his World Championship rookie season. This year, Timo Scheider competes in the FIA World Rallycross Championship for the ALL-INKL Racing Team and contested the legendary Nürburgring 24h Race for BMW in a M6 GT3. Timo Scheider has been a RAVENOL brand ambassador since 2017 and has been representing the brand at several international motor-sport events.

RAVENOL is the official lubricant partner of the ‘Super Car League’. Over the years, the high-performance products provided by the brand RAVENOL have been used by many teams and in many seasons. From 2016, the teams involved could use products such as engine and gearbox oils, coolants, motor-racing brake fluid and other lubricants provided by the Werther based company. Furthermore, the RAVENOL logos decorate the interview folding screen and the official ADAC Masters’ printed matters.

Phoenix Racing was founded in 1999 by Ernst Moser who began his career as a young man in motorbike racing. But before long, the native Swabian switched to car racing (with touring and sports cars) and the other side of the pit wall – as mechanic, engineer and head of engineering. After their debut season in the STW (Super Touring Car Championship) in 1999, the team switched to DTM – at first with Opel and from 2005 with Audi – and to GT racing. Furthermore, the long and successful Phoenix Racing history also features appearances in makes cups such as the Porsche Carrera Cup and marathon rallies such as the legendary Dakar. Some of the team’s outstanding successes were two drivers’ and one team titles in DTM, four overall wins in the Nürburgring 24h Race, two wins in the Spa-Francorchamps 24h Race and one triumph in the 12h race held at Bathurst, Australia. Phoenix Racing has been a RAVENOL partner since 2018.ein Partner-Team von RAVENOL.

HTP Motorsport – High Performance – Team Spirit – Passion – since 2013, these three letters have represented a motorsport success story. In the past few years, HTP Motorsport, founded by Wim de Pundert of the Netherlands and racing sport manager Norbert Brückner, has established itself as one of the leading teams in international GT sport. HTP has competed to achieve victories and titles in the highly competitive ADAC GT Masters in Germany and in the European Blancpain GT Series in recent years, as well as in renowned international endurance races.

The racing team around master mechanic Markus Schmickler has been successful in motor sport since 2003. Based on a motor-vehicle business founded more than 60 years ago, Schmickler Performance was able to gain experiences in all the areas of dealing with racing cars and racy road legal cars and offers a support service for them. Schmickler Performance mainly races with different vehicles at the Nürburgring: in VLN (Endurance Championship Nürburgring), the Circuit Challenge Nürburgring and the ADAC 24h Race. The cars entered in the different events are completely assembled and enhanced in-house – with the technical support of RAVENOL. In these years Schmickler gathered a particularly impressive wealth of experience with BMW and Porsche vehicles – from close-to-production racing cars to thoroughbred racing vehicles on the highest level.

ByKOLLES Racing, formerly known as Lotus LMP, have been involved in motor racing for 15 years and can look back on extremely successful years in WEC, DTM, Formula One and other single-seater series. With a new front-wheel suspension, aerodynamics modifications and several other upgrades within the guidelines of the new regulations the team made for a crucial performance boost while working on enhancing the endurance racer CLM P1/01.

The UIM (Union Internationale Motonautique) is the world association of maritime watersports, comparable to the FIA (automobile sports) and FIM (motorcycle sports). And just like automobile racing sports, there is also a Formula 1 category for racing on the water, representing the pinnacle of maritime racing sports. Ravenol has been involved at the starting line since 2016, alongside its partner of many years Team Germany Motorsport for André Schürle. Mercury engines delivering 450 bhp are used and the boats are made of Kevlar/carbon. The venues for the World Cup include: Evian in France, Porto (Portugal), Macao (Hong Kong), Abu Dhabi, Dubai and two Grand Prix in China.

RAVENOL is the official lubricant partner of the ADAC GT4 Germany. 2019 is the debut season for the series and its calendar comprises six race meetings, all held in the ADAC GT Masters support programme. The enthralling series will make appearances in Germany, Austria and the Netherlands. The RAVENOL logos decorate – inter alia – the number-plate mount of the ADAC GT4 Germany cars.

CarCollection specialises in trading high-quality sports vehicles at an attractive price point and of certified quality. In 2002, the “Car Collection Motorsport” team was launched. Countless class wins and podium places in the VLN Endurance Championship show how much passion each individual in the team puts into their work.
Read more 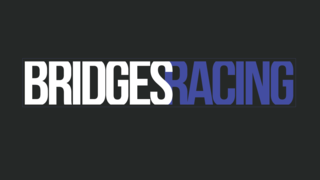 Bridges Racing is a Formula drift team from the USA and will compete in the FormulaD (Drift) in the USA. Formula D is the biggest North American drifting championship and attracts large audiences in the USA. RAVENOL is the partner of the successful team featuring the 2009 pro-drift champion Dean “Karnage” Kearney.
Read more

Max Kruse Racing - A racing team founded on heart and soul. Having grown from the friendship between two professionals in different disciplines, Max Kruse Racing is not only heading for races at national and international level. Based on the motto “Safe, responsible and controlled driving”, the racing team will also be creating a furore by offering track days and driver training sessions on racing tracks. Thanks to the many years of racing experience possessed by the team members and their numerous national and international championship titles, Max Kruse Racing has the skill and know-how to enjoy long-term success in motorsport. Heart and soul are exactly the values that the two founders Max Kruse and Benjamin Leuchter stand for.
Read more

Timeattack was created in the mid-1980s in Japan as a competition for tuned-up road vehicles. Simply by driving against the clock, tuners and individuals were able to test out their conversions and components and showcase them. Through the participation of top-class Japanese tuners, t
Read more

With the DMV BMW 318ti Cup, racing drivers with limited financial resources are offered the opportunity to race at a high level throughout Europe. The idea for the DMV BMW 318ti Cup was developed and implemented in 2015 by series organiser Florian Sternkopf, among others. RAVENOL is the tech
Read more